Leslie was a recent graduate when she took a position at Huntsville’s very first private physio clinic in 1996. Then called the Huntsville Sports Medicine & Rehabilitation Centre, it was a new, leading edge facility located near the hospital, and Leslie was happy to find a position in her hometown. 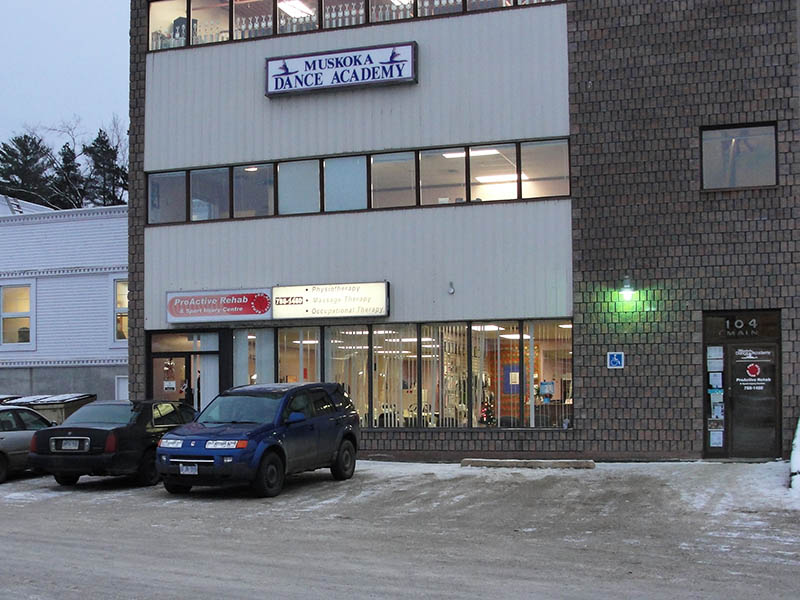 A few years after she joined, the original clinic owners decided to sell the business. Although she hadn’t planned on owning her own clinic at that point in her career, it was an opportunity Leslie couldn’t pass up. She took over the business on April 1, 1999, retaining the name, the location and the staff. The clinic quickly outgrew its original location, so on November 30th, 2001, the newly rebranded ProActive Rehab & Sport Injury Centre opened at 104 Main Street East.The larger location allowed Leslie to build ProActive into a multidisciplinary facility, with other practitioners offering massage and occupational therapy in addition to physiotherapy.

The first few years were challenging. On top of giving birth to her two children, Kira and Will, Leslie was also running the business and working as the primary physiotherapist at the clinic. Unable to take long maternity leaves, Leslie worked 12-hour days for 3 days a week while her husband Scott helped out with the kids."That was a tough go. I could never have done it without Scott's hands-on, practical help and support, and that of Janet, my admin assistant at the time." 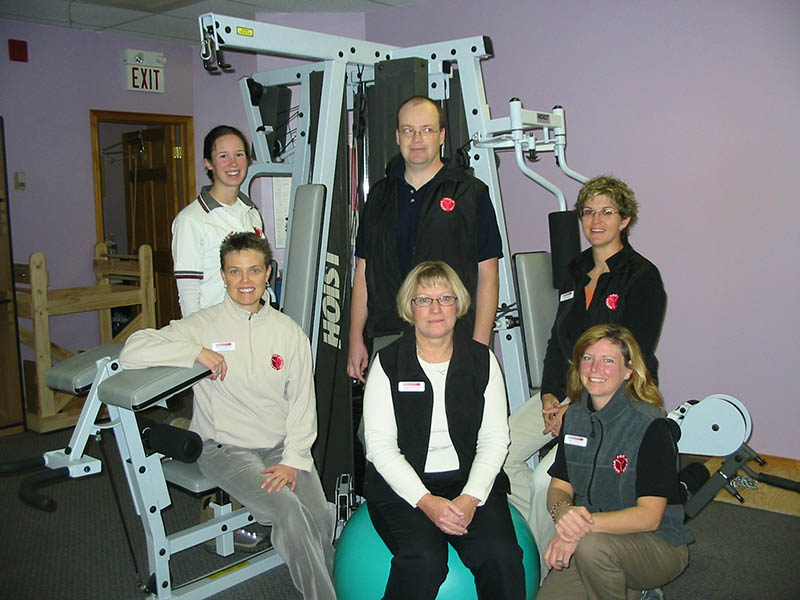 In 2008 Leslie started working with a business coach, focusing more of her time on operations, human resources and accountability. “It’s difficult to run a business when you are also working in that same business. I know much more about the business side of things now than I did at the beginning,” she says.

Physiotherapy has always been the core of ProActive Rehab, but over the years Leslie has incorporated other allied health services, including massage, exercise therapy, aquatherapy, acupuncture, concussion management, vestibular rehab, and at various times occupational therapy, cranial-sacral therapy, osteopathy and dietetics. “All of our services are on an equal footing here,” says Leslie. “Everyone is held to a high standard. For example, our massage therapists create detailed treatment plans for their clients, just like our physios do.” 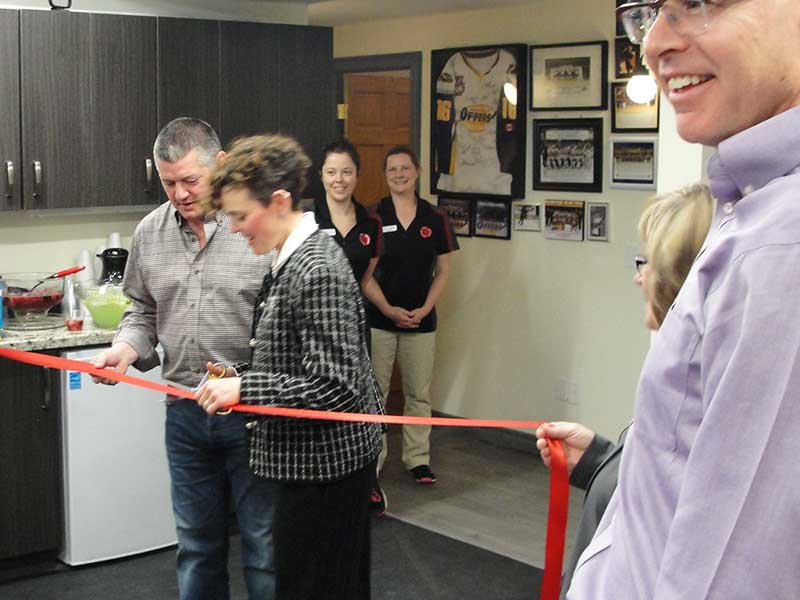 In late 2015 the clinic moved to its current location at 23 Dairy Lane, and shortened its name to ProActive Rehab. It now boasts a staff of 13, including 3 physiotherapists, 2 physio assistants, 2 registered massage therapists, an aquatic and exercise therapist, and 4 admin staff. Many of the staff have worked at ProActive for several years, and between the 3 physiotherapists they have a combined 60 years of clinical experience. Leslie continues to provide some clinical physiotherapy services as well as primarily managing the business.

When asked what has kept her going for 20 years, Leslie pauses for a moment. “Stubbornness and determination! There’s no other choice; even if things get tough you can’t just walk away from your employees and clients,” she says.

As for what’s next, Leslie plans to keep growing ProActive’s capacity and expand its services. She hopes to add another physiotherapist or two to the team in the near future, and she’s also open to adding other health modalities that can benefit ProActive’s clients. 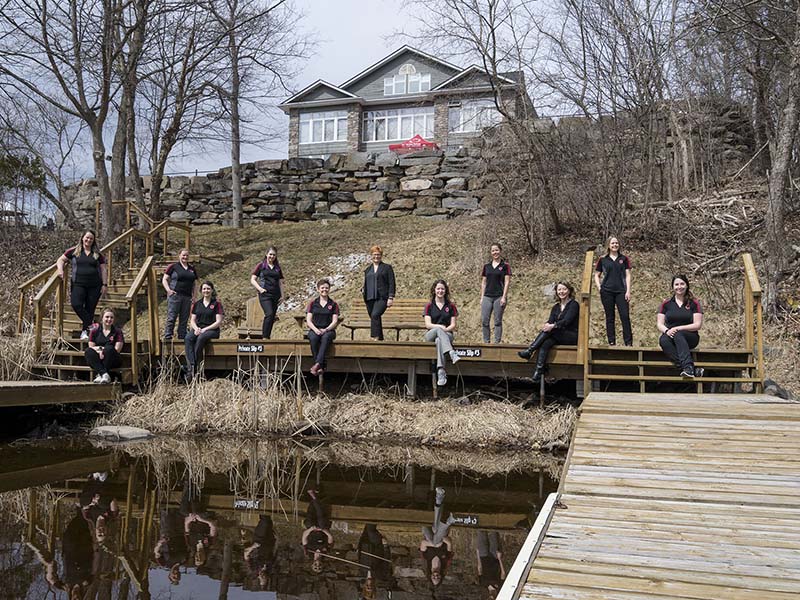 When Leslie thinks about her biggest accomplishments of the past two decades, they are the same things that have been the biggest challenges: building a strong team and a supportive company culture, being a good employer and providing jobs that people love. Leslie is particularly proud of ProActive’s longevity and contribution to the community. “When we moved locations in 2015, we counted and we had served over 10,000 clients. Now I think it’s closer to 18,000 or 20,000!” she says. “Knowing that we’re helping people get better and contributing to healthy lifestyles is a great feeling.”

To mark the milestone, ProActive will be sharing memories and running a giveaway on their social media platforms (find them on Facebook and Instagram), and will be holding a small in-clinic celebration on November 30th.

Submit
Request an Appointment
Close x
Sending...
Your message was successfully sent. Thank you for your time.
Newsletter Signup
Sign up for Our Newsletter
Close x
Close x
Sending...
Thank you for signing up.
You have been added to our newsletter list.
Injuries & Conditions
Sports Activities
Lifestyle Activities
Work Activities
Injury Care
Women's Health Issues
Pain Care
About Physiotherapy
Movement Disorders
We are open for in-person and virtual appointments. Click for COVID-19 info.
See More
X